Today (Friday) I took it easy in the morning; I typed up a blog post and a few emails, read some scriptures and wrote in my journal, worked out, and packed up my things. After all that I headed to a welder (Ling Ling’s in Carcar) to get a rack made for the back of my bike. It cost about $10 (materials, labor, and the tip I gave Boding) and it works pretty well. I didn’t get a clear shot of the finished piece, I’ll probably have one up later, but here’s a couple pictures of the work in progress. 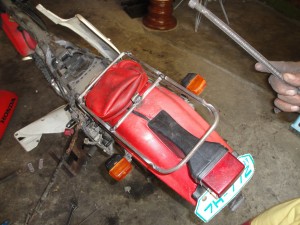 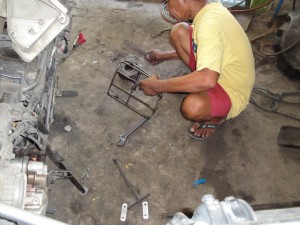 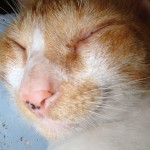 It took a couple hours to have this done but it makes packing my bag on the back a lot  easier. Aaaand I just passed the time by playing with one of the cats that was lounging around. He was the absolute laziest cat I have ever seen. He would put Garfield to shame. Nothing I did to him disturbed him in the least. I think one of Ling Ling’s daughter’s actually sat on him and he didn’t wake up. This must be the happiest cat in the world.

Getting the bag packed on it was a little tough but the guys showed me how to tie it on with a rope. I brought a wire mesh thing that would work wonderfully if the bag was bigger, but it’s too loose to hold it on tightly. I’ll just have to be extra careful about leaving it places. The expensive stuff I carry with me however, so if someone took my bag all they’d get is some American toiletries and some clothes that wouldn’t fit them.

Once I got everything situated and all my gear on I left Carcar, but not without taking a picture of my sexiness along with the guy who made my rack, Boding. 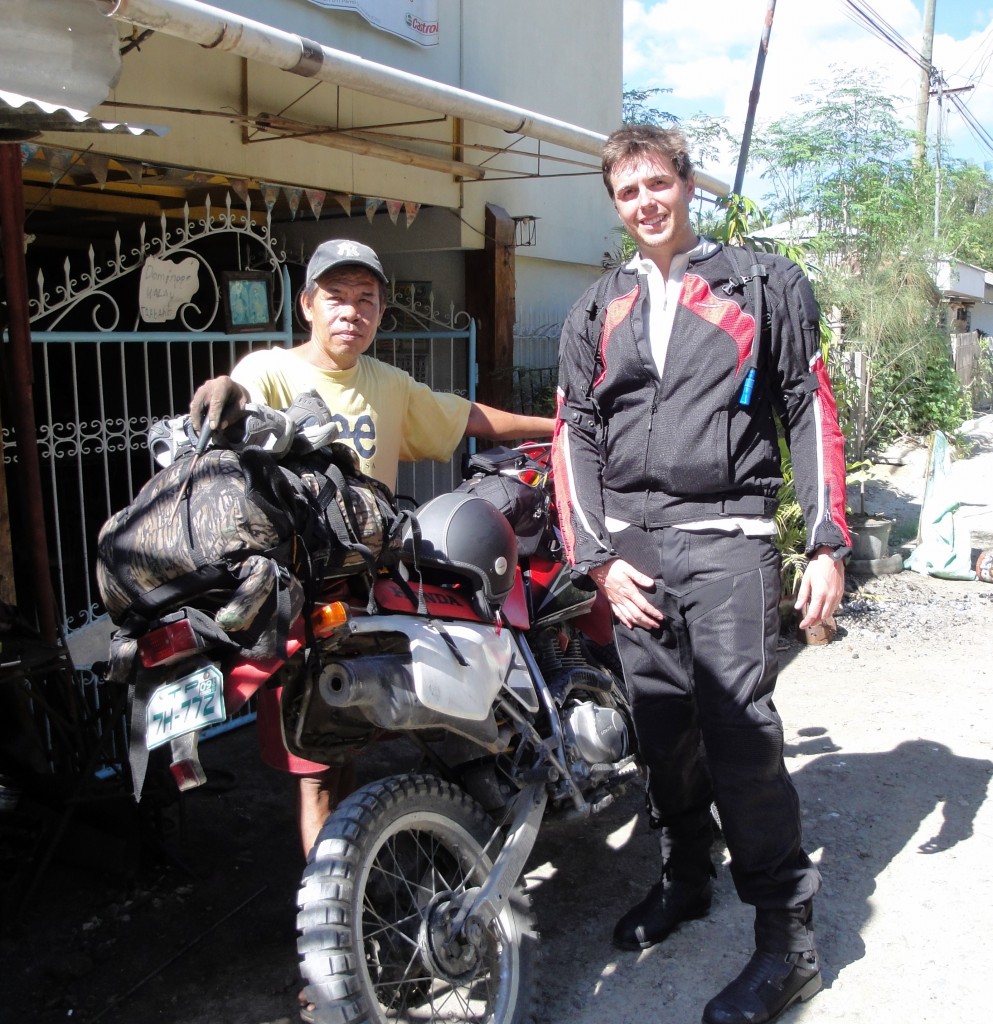 I was planning on taking a more scenic route around the northwest side of Cebu, but I missed my turn and it was getting later in the day so I just went on to Barili. From Barili it looked like I was supposed to just head north, but in reality the road north to Toledo was actually inland about 20km, I had missed it so I had to backtrack. I’ll have to read the map with a little more flexibility next time. The problem with not knowing where you are, is you will feel even more lost when you ask the locals. Like when I finally arrived in Toledo, I was looking for a pension house (that’s what they call small inns here). I asked someone, they said something like “Oh yeah, there’s tons of them, just keep going there past the thing there” and so I’d go there past the thing there, and then I’d ask again because I wouldn’t see any places to stay. And those people would point me back to where I’d come from and say “Oh, yeah, well you need to go back and turn to the left twice and then you’ll see it.” Is it far? “Oh no, its just past the school.” WHAT SCHOOL?! I literally drove around in a circle until a nice old man decided he’d ride on TOP of my backpack, and guide me to one he knew of (which happened to be a pretty nice albeit pricy one). We got some looks.

Well, the road from Barili to Toledo was very pretty, I wish I would’ve stopped for a minute to take some pictures because there were some beautiful mountain valleys filled with coconut palms and banana trees. I’m sure I’ll get some chances tomorrow as I drive up to Bogo or Maya, depending on how much distance I cover (which might not be much considering how much my butt hurts from sitting on the bike for hours).

And that’s pretty much it for my first day or riding. It wasn’t a full day but I’m beat. My face is burnt and I’m a little dehydrated so I’m here in my room drinking water, eating some oreos and about to start a movie before going to bed.

Haha, that is a lazy cat. I'm surprised he wasn't fatter. I liked hearing you laugh on the video :). It sounds like you're having a lot of fun.

HA HA, Jarron, I was thinking the same thing! I hated that picture. Now I get my revenge. YOU are Gay Robbie