Saturday I left Borongan, Samar and headed south toward my next destination, Guiuan. The road south (and north) of Borongan is terrible. Pete, the owner of Pirate’s Cove, told me that back in the 80s the road running along the east coast of Samar was new and claimed that corrupt officials have been pocketing all the money to fix the roads. In any event, the road was terrible. 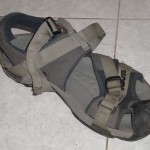 There were a few beautiful views but I couldn’t capture them because my camera battery was dead. I made up for it on my next ride though, as you will see below. Something terrible happened though, something that I am hesitant to write down because putting it in words causes me intense pain and it’s something I’d sooner forget than relive. But, since this is a journal, I will write. When I was tying my bag onto the back of my motorcycle I clipped my sandals onto my bag. I thought, “hmm, those might fall off, I should secure them better”. I stuffed them up under some other straps and took off. Several times throughout my ride I looked back to make sure they were there; I was uneasy about them. I should have taken that uneasiness a step further and stopped and secured them better, because the last time I turned to check one of my dear sandals was gone. Since I hadn’t checked for maybe an hour, and it was getting late, I couldn’t turn back to look for it. It was gone. My poor sandal. That sandal went with me to Belize, and Julie has a matching pair. Rather than take it further away from its mate than it already was, I left the remaining sandal in Guiuan. Goodbye poor sandals, I will never forget you.

Guiuan was a nice town, the pension house I stayed at, Tanguay View, was very reasonably priced and had a good restaurant. The view from the back was very beautiful. 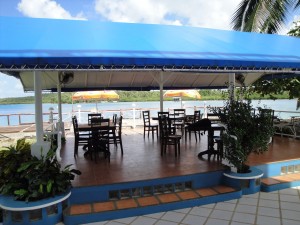 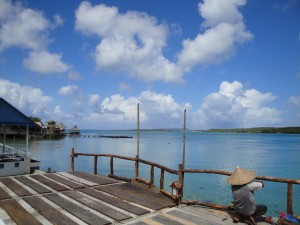 I roamed around Guiuan for a few days then today, Monday, left to head back up to Tacloban. Today was voting day and every elementary school I passed was full of people lined up to vote. Tomorrow the results will be announced. Here, election day is shared by local and national governments. It’s a really big deal. 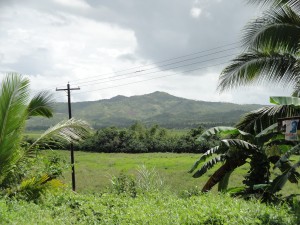 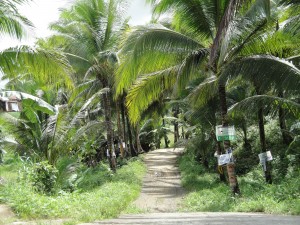 The dark rain clouds were out in force and it seemed like I was chasing the rain; everywhere I went the air was cool and humid and the road was wet but I was never rained on. 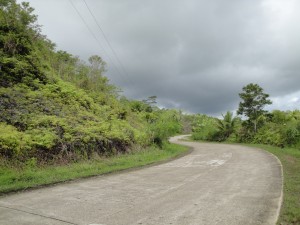 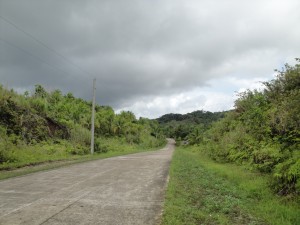 When I see far off hills covered in coconut palms I want to just pick a few. 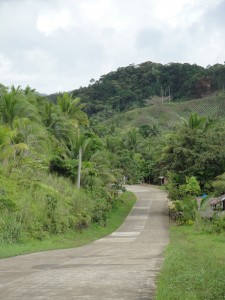 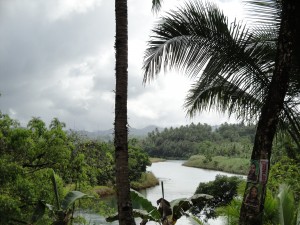 The above right picture is now my desktop background. The road that runs along the south end of Samar is incredible, many times running right along the ocean. 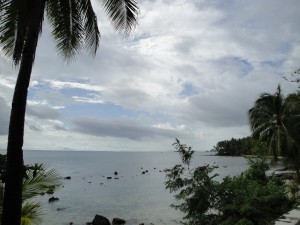 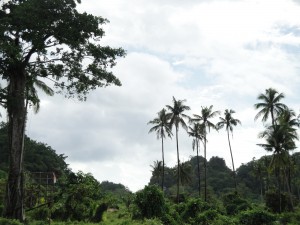 I started seeing more and more limestone formations, covered in jungle. I pulled over and drove in among them for a closer look. 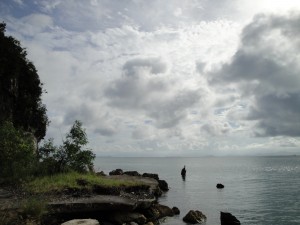 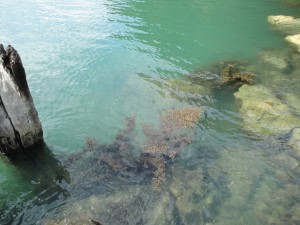 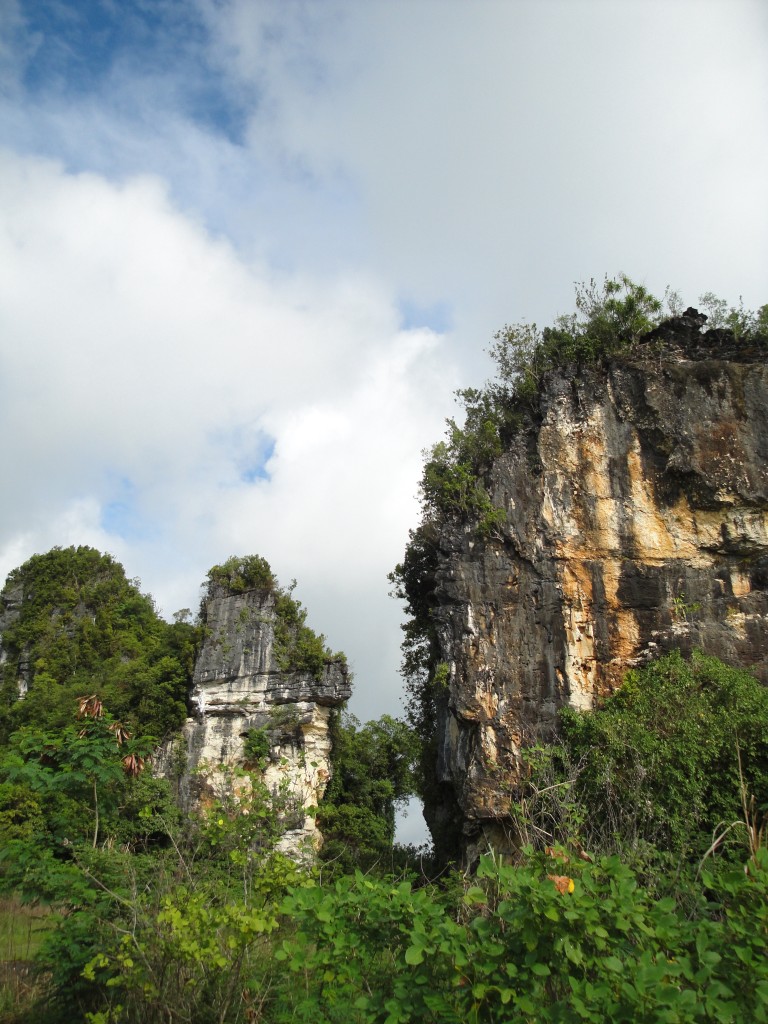 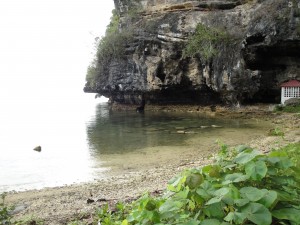 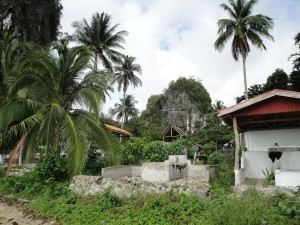 The graveyard was a little creepy, but peaceful at the same time. No one was around for miles, only the bats flittering above and the insects chirping below. 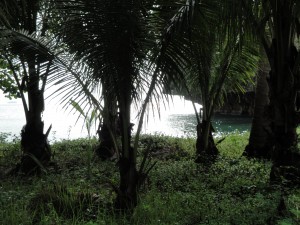 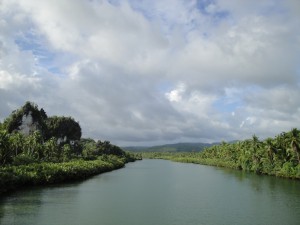 Since I promised more photos of the San Juanito bridge, here are some good shots of and from the bridge. It really is beautiful and unique. 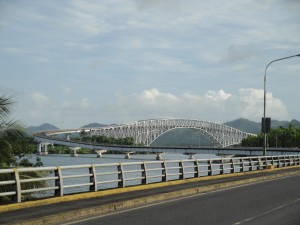 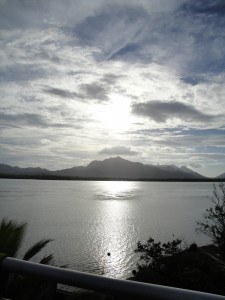 From the bridge you can see Tacloban city, where I’m staying tonight before heading down south to Lilo-an, my last stay in Leyte before I go to Mindanao.

I am at work and just took a few minutes to check your site. I miss you a ton! The country is beautiful. It feels like I am there. I have been on a dead run since you left. Will take some time in Alaska and check in. Love you! - mom