Thursday I finally left Tacloban. My pants won’t be ready until Monday the 10th. I left Tacloban and headed north up to the San Juanico bridge. It’s a pretty amazing bridge, I’ll get more photos of it when I cross back over on Monday.

Once I made it into Samar I headed north along the coast, my destination was Borongan on the East coast. I didn’t stop much, I just powered right through. There were a lot of bridges but beyond that nothing really spectacular about Western Samar that I saw.

Once I turned East to go through the mountains things changed though, the road was very windey and a lot of fun on the bike. Some of the views were spectacular. 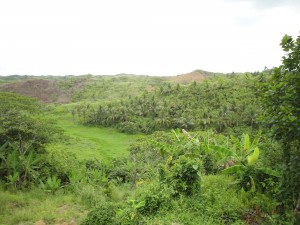 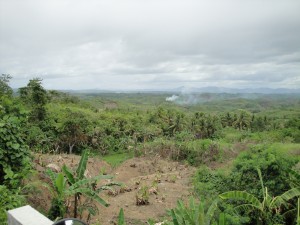 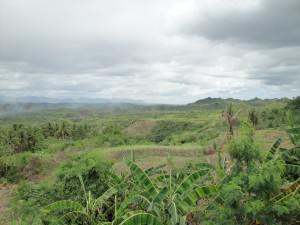 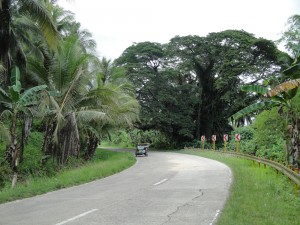 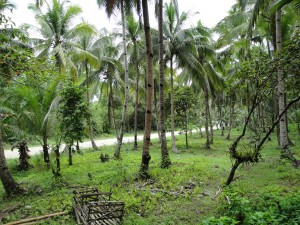 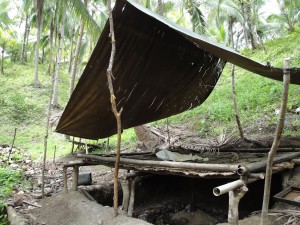 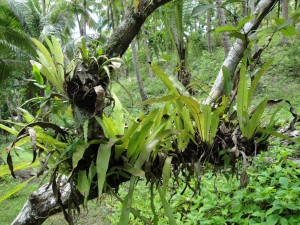 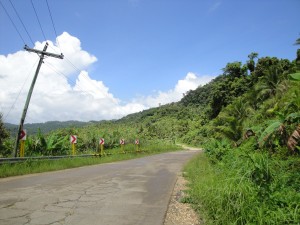 That little shack above was where I took a little rest – the seat on the XR 200 is very hard and very narrow, so sometimes a rest is required in order to soothe my aching butt. 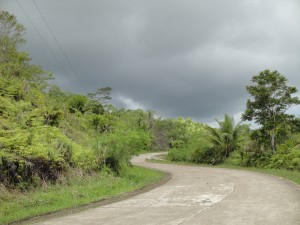 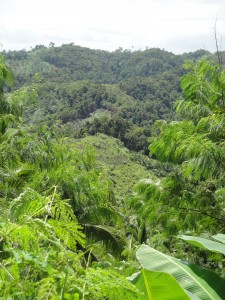 There were some spectacular views up in the mountains. I realized though, with views such as this, that you really lose something when you take a picture and it’s all flattened out. When you see the view yourself, you see it in stereo, you can sense depth between hills. Maybe in 20 years everyone will have 3D screens that don’t require glasses and then photos such as this will be more of a genuine experience.

After a while those dark clouds turned to rain and so I pulled off the road on to a little path and stopped under a tree to avoid some of the rain. I chomped on some Lansones, a tasty little fruit. 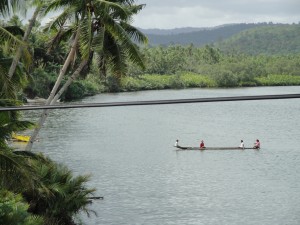 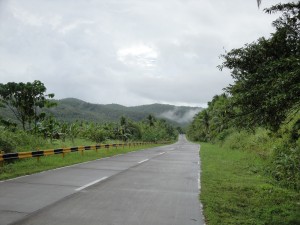 I also found a neat little plant that has leaves that grow in polygon shapes. I don’t know what it’s called, but it looks like some kind of fern.

After a bit of waiting the rain finally dissipated and I could make it on my way again. 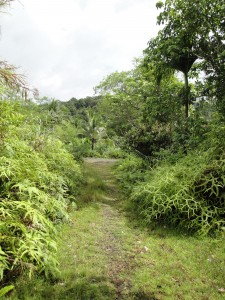 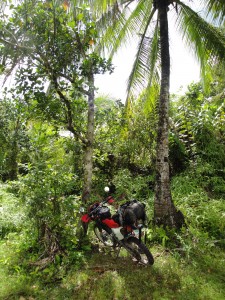 Coming down out of the hills was a lot of fun as the road was covered in steam and very windey. Eventually I made it to flat roads and caught another beautiful view.

It wasn’t long before I was in Borongan. It’s not a very big town at all, but it’s apparently the biggest in Eastern Samar. I just drove through and went to the Pirate’s Cove Resort, a place run by an American surfer guy named Pete. He came here 20 years ago and found that Samar was a great place to surf and he’s been here ever since.

The rooms were a bit pricier than I’d expected, but he gave me a deal, ₱1500 for the tree house, which is normally ₱2500. And the next day, because I helped him with some computer stuff, he gave me the second night for only ₱500. So for 2 days I spent ₱2000, not as cheap as a pension house but a lot nicer, right on the shoreline (not much of a beach because there’s reef), swimming pools, and some cool guys to hang out with. 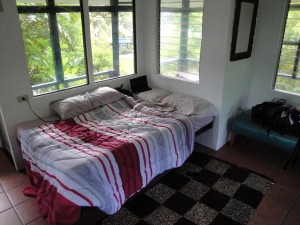 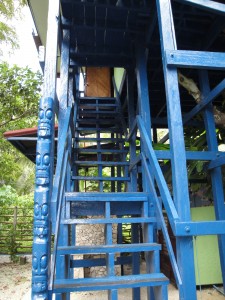 I’m leaving and heading south this afternoon. It’s only a 3 hour ride to the southern tip of Samar, Guiuan. Until then I’ll enjoy the pool a bit and try to get a little bit of a tan on my body. I have a crazy farmer tan because of riding the motorcycle and only my neck and face getting sun.

Poor aching butt.
It looks gorgeous there! Those plants look so cool. What is that fruit you ate? It looks like something the kids showed me how to eat in Kenya but maybe its not the same. The Kenyan stuff looked just like that but tasted exactly like coconuts. Same texture and everything. Just mini!

What a sight! I am loving all the photos...but, I am wishing we had that 3-D screen you were talking about. I love the polygon plants. I am dying to show them to my students since we are learning about polygons. Maybe they will appreciate them. :) Enjoy your trip!