My first few days in Cebu City have been really quite strange. I’m still waiting for my luggage, though the Korean Air reps are now telling me it’s in Manila instead of Japan, waiting for some additional verification from me. Waiting for my bag has extended my stay in Cebu City, but it’s been kind of fun roaming around the city and learning the streets a little.  I can now find my way pretty well to the malls and if I can have a study on my map I can find my way almost anywhere in the city. But I do want to leave Cebu and start riding. That has become another problem.

I spoke with a couple expats here in Cebu and they convinced me that buying second-hand is a bad idea. If I am to buy, I should buy new. I found a nice little bike, YBM 125G, for ₱68000 (PHP), about $1500 (USD). The problem is that the paperwork takes 3-4 weeks to get the registration, and the bike is illegal to drive during that time. In addition, because of ATM limits, it will take about a week to pull that much money out of the ATM! Those problems, coupled with the fact that I will lose a lot of value when I try to sell it back before I leave, makes the idea of buying a bike at all look worse and worse.

The Australian fellow that rented out the scooter I’m using, Paul Whiteway of Cebu Expat Services, kindly offered that I could use his scooter to libot libot on the other islands. The only problem with that is that his scooter doesn’t have a good way to carry my bag. I could leave some of my gear back with him, but would still be quite difficult to manage. Even if I don’t take this scooter on my travels, I have been inspired to try to rent a bike. It will be much better overall.

To last few days have been pretty fun. I’ve met a bunch of really nice people, and I’ve had a lot of fun getting back into the language. It’s fun to see the look on people’s faces when I start speaking Cebuano. I still get tangled up when my tongue isn’t as agile as I need it to be, but overall I’m getting better.

My first full day in Cebu City I went out to Paul’s to get the scooter that I’m now driving around Cebu City.  I’d post pictures but the cable to get pictures from my camera is in my lost bag. I’ll update this post with some pictures when I finally get my hands on it! It’s surprisingly capable for scooting around town, though the few times I’ve had a chance to open it up it started showing its limitations. 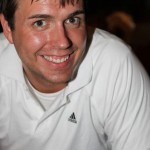 That night I attended an informal get together of some of the expats in Cebu. It was nice meeting the guys, they’re a good bunch.

The following two days, Thursday and Friday, are kind of a blur, so I’ll just lump them together. I found SM Mall, which is huge, and got lost in it. I went to a movie, (Kick Ass, it was OK) and the theater was so huge I think it actually echoed. It cost ₱140, or around $3 for a ticket, and the theater had only 7 people in it. After that, while getting help with my phone at Smart, a local mobile provider, I made some friends with the workers who invited me to go sing Karaoke with them after work. “Why not?” I thought, I’d seen “videoke” everywhere when I was in Bacolod, so I went and it was a blast. 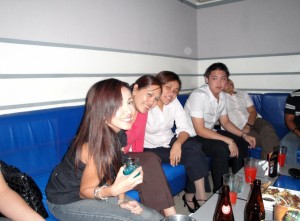 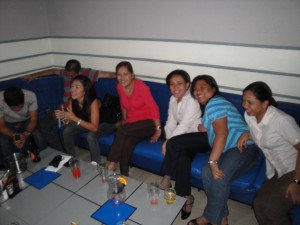 That was last night, now it’s Saturday morning and I have to go to the Mactan Airport and give them paperwork so they can get my bag from Manila. I am also starving, time for breakfast!

That's awesome! It sounds like its been a fun time already (minus the lost bag bit). It's great hearing about it so far. I'm glad it's already been an adventure. Hope you get your bag soon so you can head out of Cebu! Good thing you aren't crunched for time eh? :)

Cool scooters. Which bike did you rent? Are you on the road yet?

I'm NOW FINALLY on the road, I picked up my bike today. I'll write a post about it tonight and post it tomorrow morning when I leave Carcar. Sorry about the lack of news, the first week and a half has been pretty boring though.