A lot has happened since I last posted about my carputer so I’ll try to be complete and short.

After installing the computer underneath the passenger seat, I didn’t do much with it. I had the mindset that everything would have to be complete before I could start using my carputer but I soon realized that’s not necessarily true.

While I was in this carputer limbo, I did cut down my subwoofer box and attach the amp to the back of it and install it in my trunk.

I did such a crummy job of cutting the box down that they didn’t sound that great (they weren’t sealed). Eventually I got around to getting some silicone based sealer and sealed it right up. It sounds great now, although the amp and subs are from my high school days and even then weren’t great.

About a month ago I had the realization that I could temporarily mount my screen and get things running despite it not being completely put together. 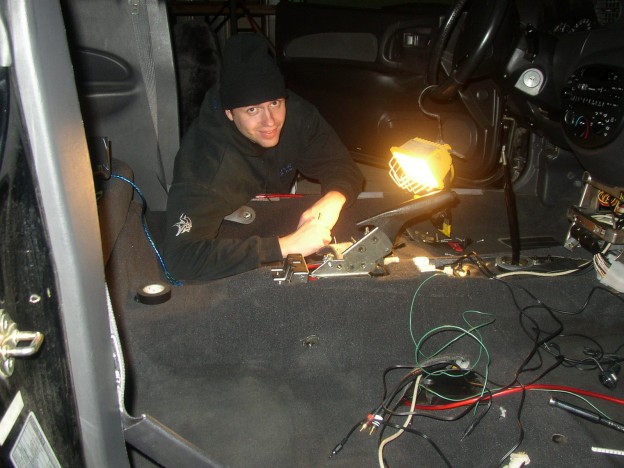 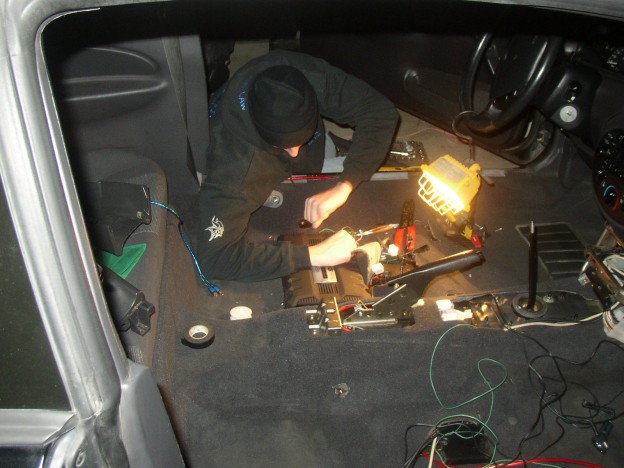 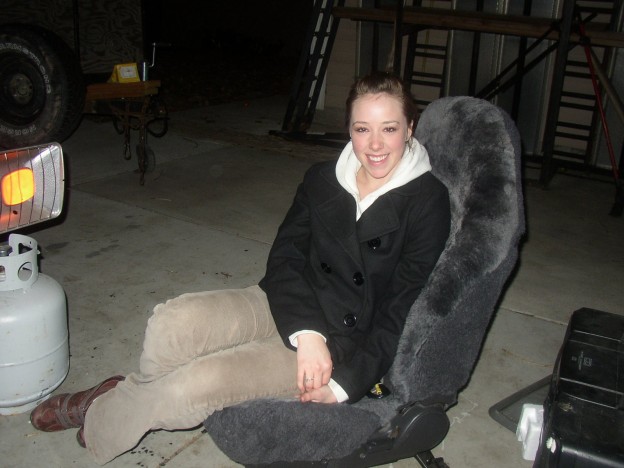 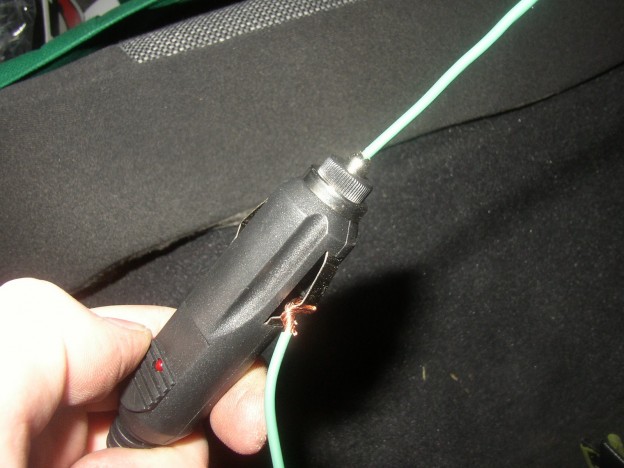 I have windows 7 running Centrafuse. I just hooked up my Visteon HD radio using Mitch’s cable and I’ve added a USB GPS module. After hours and hours and hours of troubleshooting annoying little bugs it all seems to work pretty well! For some reason it takes forever to come back from hibernation, so I just have it shut down each time the DSATX sends a kill signal. I plan on using the brainstem on the DSATX to keep the 5V hot so that I can just send my computer into standby. I use it at least once a day so there’s no danger of killing the battery. Here are a few pics of how it’s set up under the seat: 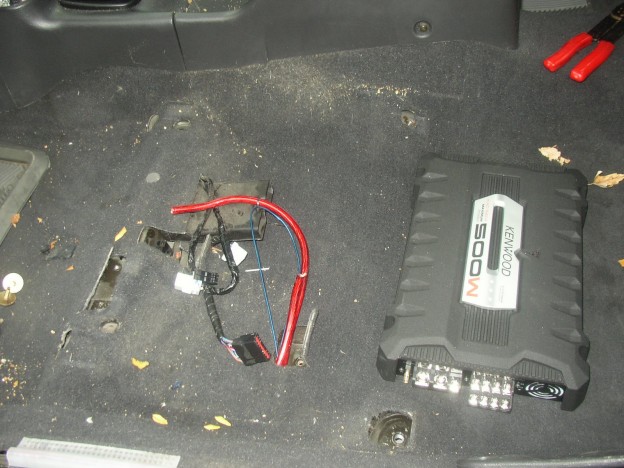 Since these pictures have been taken I’ve grinded the case a bit to make it smoother, repainted it, replaced the 3.5” PATA HDD with a 2.5” SATA HDD (much faster) and got a better WiFi card installed. I also upgraded the RAM to 2GB.

Since then I also installed a security system I bought off Amazon.com for about $50. Even if most of the security is in the window stickers and the blinking light I feel better knowing that if in the middle of the night someone wanted to take a peek inside, I would know.