Returning to the United States was bittersweet; it was good to be home, but sad to leave the beautiful country we had grown to love. 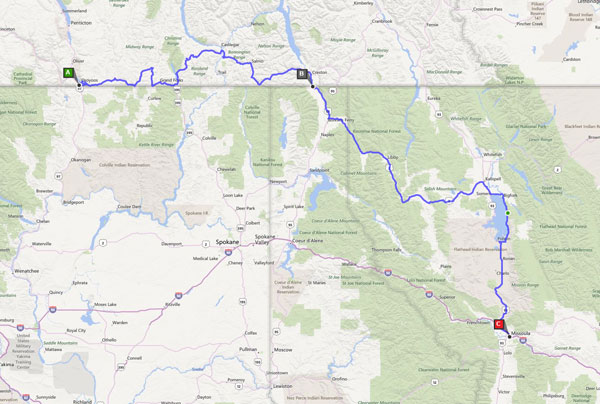 Osoyoos to Missoula by way of Port Hill, ID

The following morning we went back to visit Uncle Grant and bring him some reading material since he said he didn’t care to watch TV. It was a sad farewell.

On the way out of Osoyoos we looked over the valley one last time before we crested the ridge heading East. The view was spectacular. 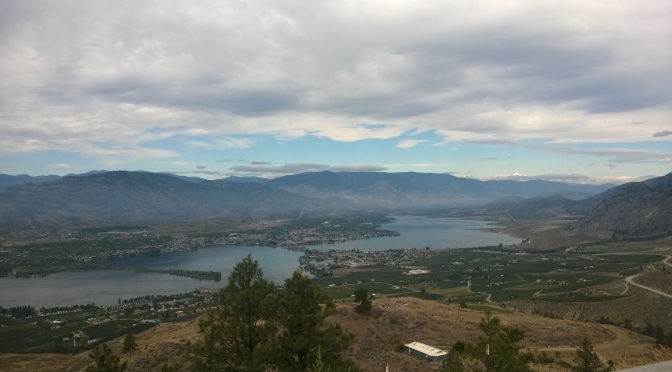 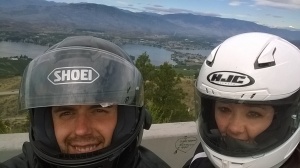 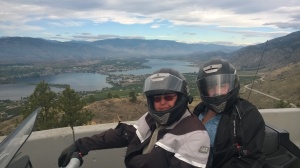 The road East from Osoyoos had mild twists and fun turns. The weather was turning chilly, but we made it to Port Hill, ID before night.

Crossing the border was uneventful, but there it was close to dark and there was no lodging around. Port Hill consisted entirely of a border crossing, bar/restaurant, general store, and an air strip. Population 12, maybe. So we asked around and they suggested we could camp down near the airstrip. 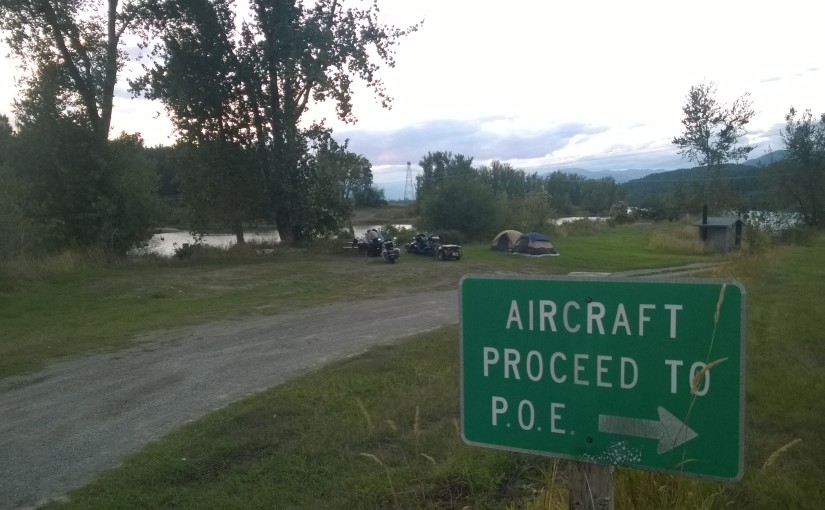 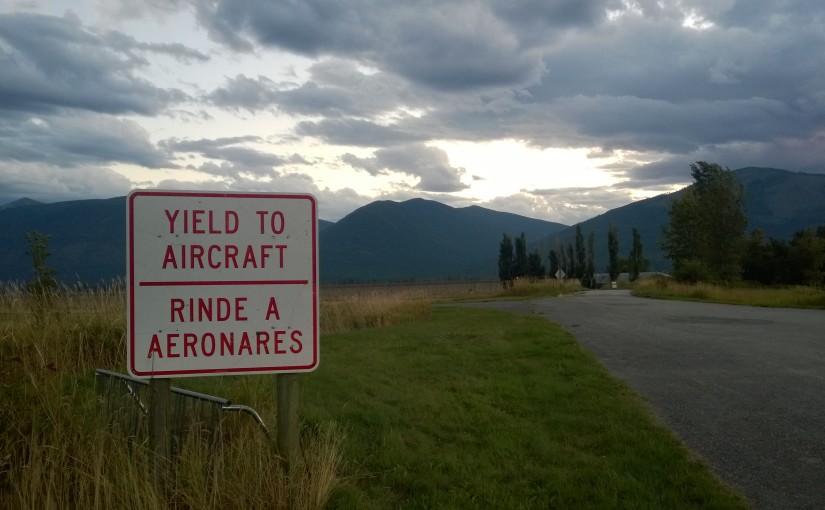 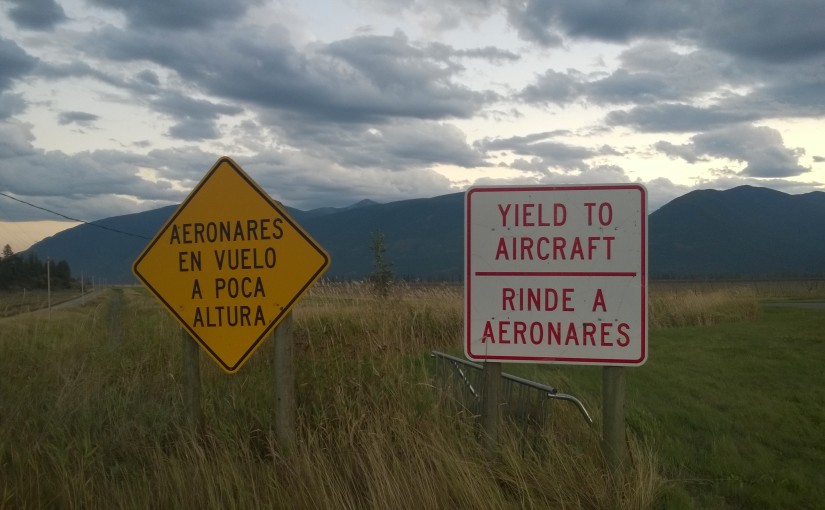 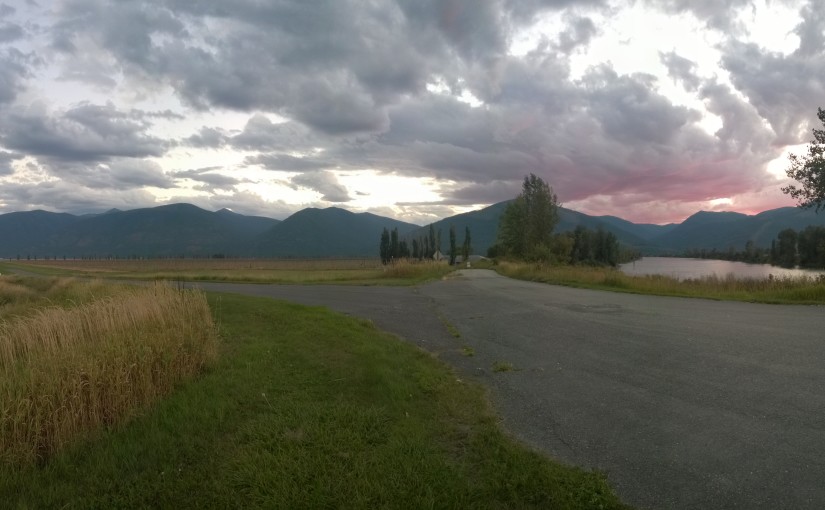 The sunset while we set up camp was incredible, truly a gift after a long day riding. 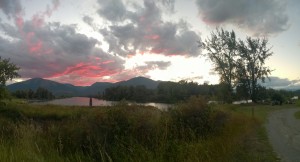 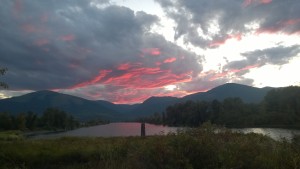 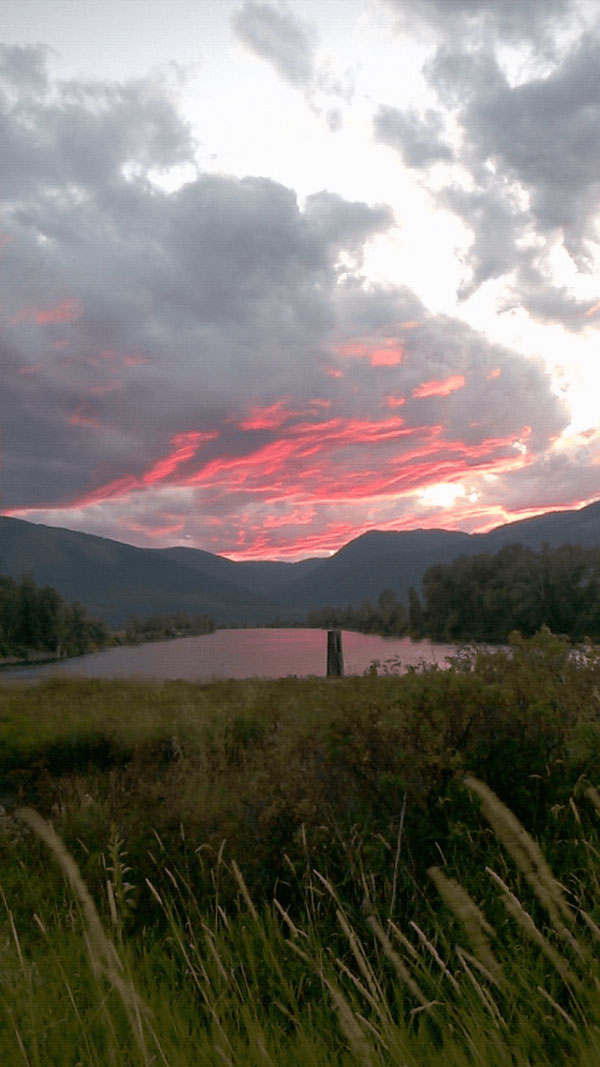 After we admired the sunset, we went to the bar for some dinner. We ordered pizza and BBQ, both with their signature Whiskey BBQ sauce which, to this day, is the best BBQ sauce I’ve ever had.

We ate and played pool and queued up some music on the jukebox. Something my dad queued up came on, and it’s a song I’d never heard before, but instantly fell in love with. Every time I hear it I think of this singular night in Port Hill, ID.

The next day we packed up and rode for Missoula, making good time despite the dropping temparatures and cold hands. We stopped at least twice to get hot chocolate and warm ourselves in a gas station.

On the way through Kalispell we stopped and picked up the trailer, putting both machines to make it to Missoula in good time. This time we were sure to strap the machines down properly. 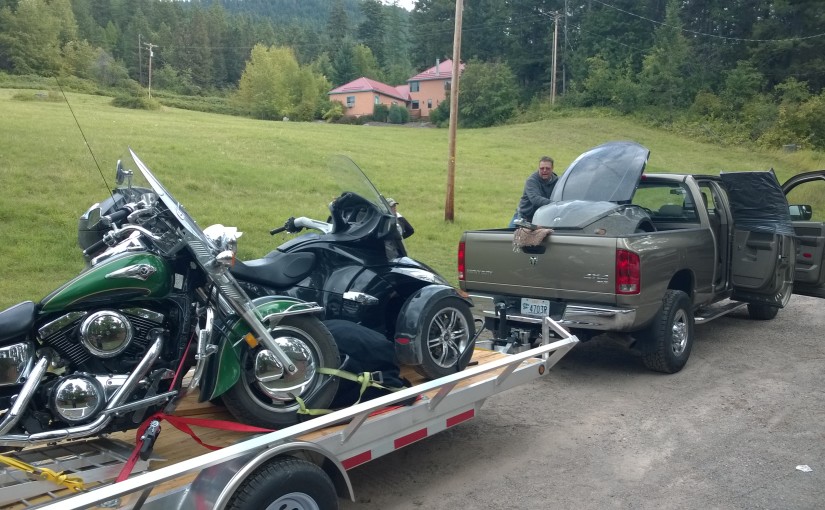 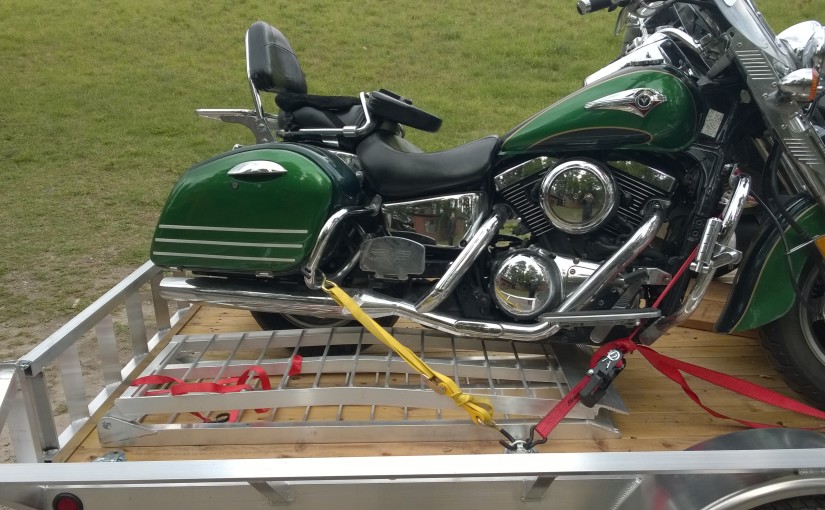 That night in Missoula we found a scummy motel and my dad and I walked through the darkness in our motorcycle gear to a nearby grocery store to pick up some dinner.

I realized in the morning that I had somehow lost the key to the motorcycle. After much consternation, we contacted the previous owner of the bike who sent us a photo of the key, and a locksmith who could grind one from the picture. It was a huge relief to hear my bike start up.

Up until this moment, we had the luxury of my parents’ trailer to pack all the gear in. No longer, since they would be continuing South to Utah while Julie and I would continue East to St Louis. Well, let’s see how we can get all this gear on the bike… 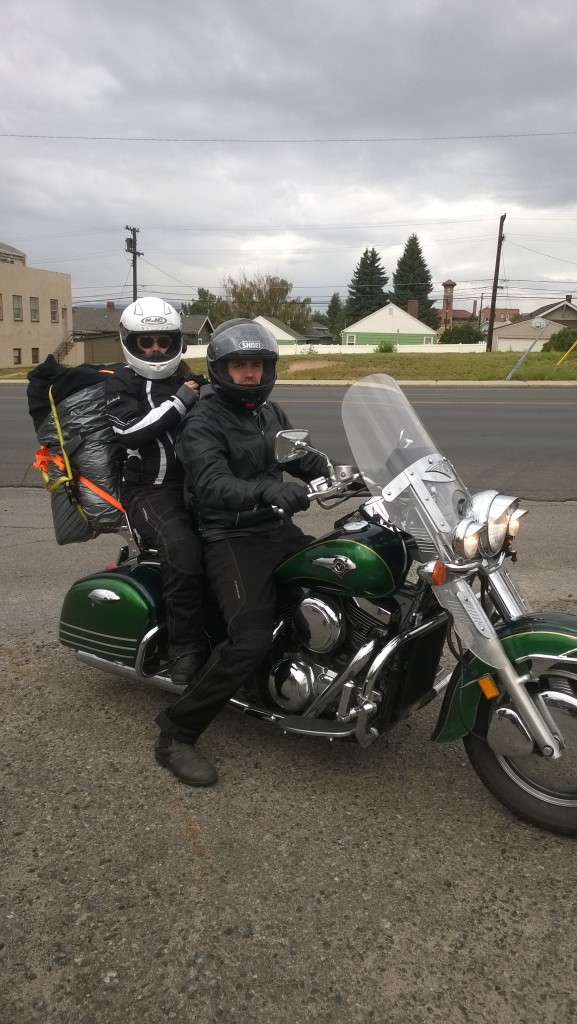 It was a bit top-heavy but it was secured well, and it gave Julie a nice backrest to lean against.

It was hard to say goodby to my parents, but we were eager to get on the road and get home.