For background information on the why behind blockchain and distributed ledgers, read Part 0: Blockchain Background.

A distributed digital currency was one of the most sought-after applications for distributed systems, however a huge problem stood in the way of its development: the double spend problem. As the distributed ledger evolved and researches made progress in applied cryptography this obstacle was ultimately overcome.

In 1991, two employees of Bellcore (AT&T’s telecom R&D company) Stuart Haber and W. Scott Stornetta published an article in the Journal of Cryptology on How to Time-Stamp a Digital Document using a cryptographically secured chain of blocks. Their research was motivated primarily by finding a way to build a ledger of changes made to a digital document. It wasn’t until 15 years later that their research was put to use in solving the double spend problem.

Satoshi Nakamoto* published the seminal Bitcoin paper in 2008. The paper is surprisingly simple; it succinctly describes how a distributed ledger and proof of work (more on that later) could be used to ensure that mutually distrusting peers could engage in currency transactions without fear of double spending.

On January 3, 2009, shortly after Nakamoto published the paper, the Bitcoin genesis block was created.

I recommend the paper to anyone with an intermediate understanding of cryptography. I will still go through blockchain fundamentals as described in the paper, but before we dive into blockchain technicalities, let’s make sure we’re on the same page with some important cryptography basics. If you need more than this review, I recommend watching these short videos on public key cryptography and cryptographic hashing.

*Satoshi Nakamoto is the pseudonym used by the creator of Bitcoin. His identity is still not public.

Cryptographic hashes are secure one-way functions; they will easily convert a message to a fixed-length unique bit-string, but they are non-invertible. The only way to reverse a hash function is by a brute-force search which could take thousands of years, if not more, depending on the hashing algorithm used.

Here is an example of a linux command that takes the two words blockchain and Blockchain and hashes them using the SHA256 algorithm. The output is the hexadecimal digest representation of the bitstring. They are vastly different, even though the input words are very similar. 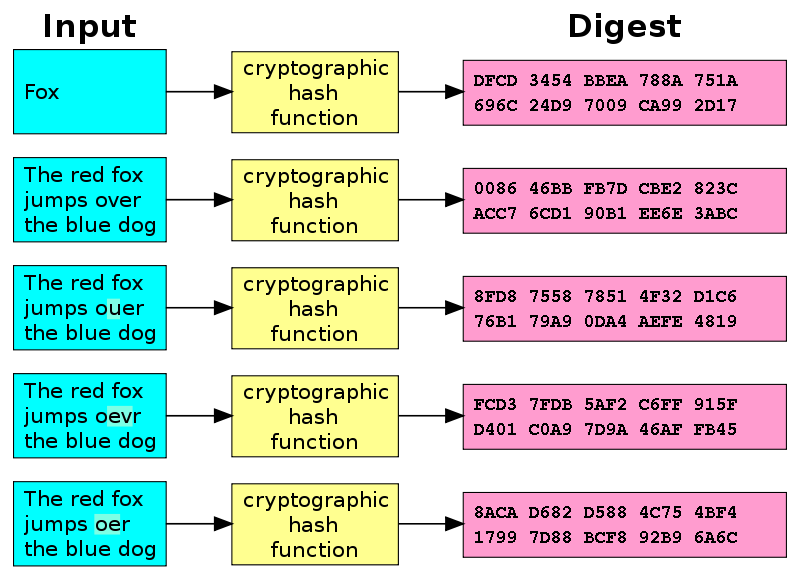 If you’re not sure why you would even want a one-way function, here are some applications of hashing. 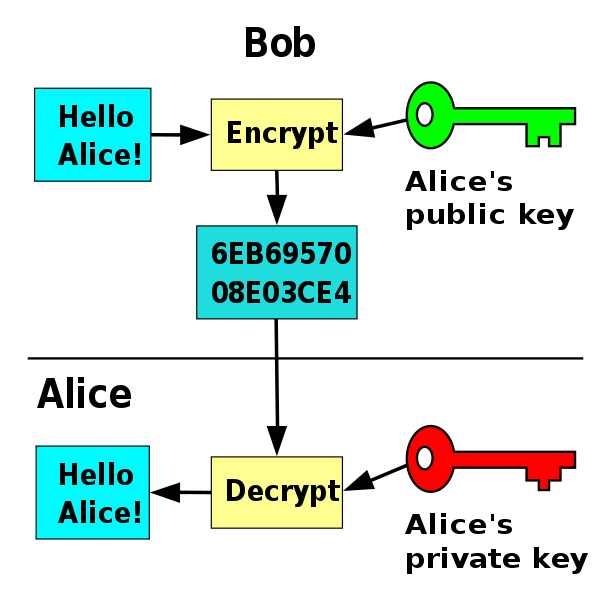 This property of public key cryptography enables some very important security features that we rely on daily, whether we know it or not:

Detailed in the Bitcoin paper, the blockchain is surprisingly simple.

Like any ledger, Bitcoin is made up of transactions. Eve (Owner 1 in Figure 3) sends 5 BTC (bitcoins) to Bob (Owner 2). Eve simply creates a new transaction with the details (5 BTC), includes Bob’s public key (this is considered his address), and signs the transaction with her private key. Since she is the only one who could be the author of that signature, and since she was the previous owner of that money, the transaction is considered valid. As long as Bob maintains control of his private key, he controls that money, since the private key is all that is needed to move the money to someone else. 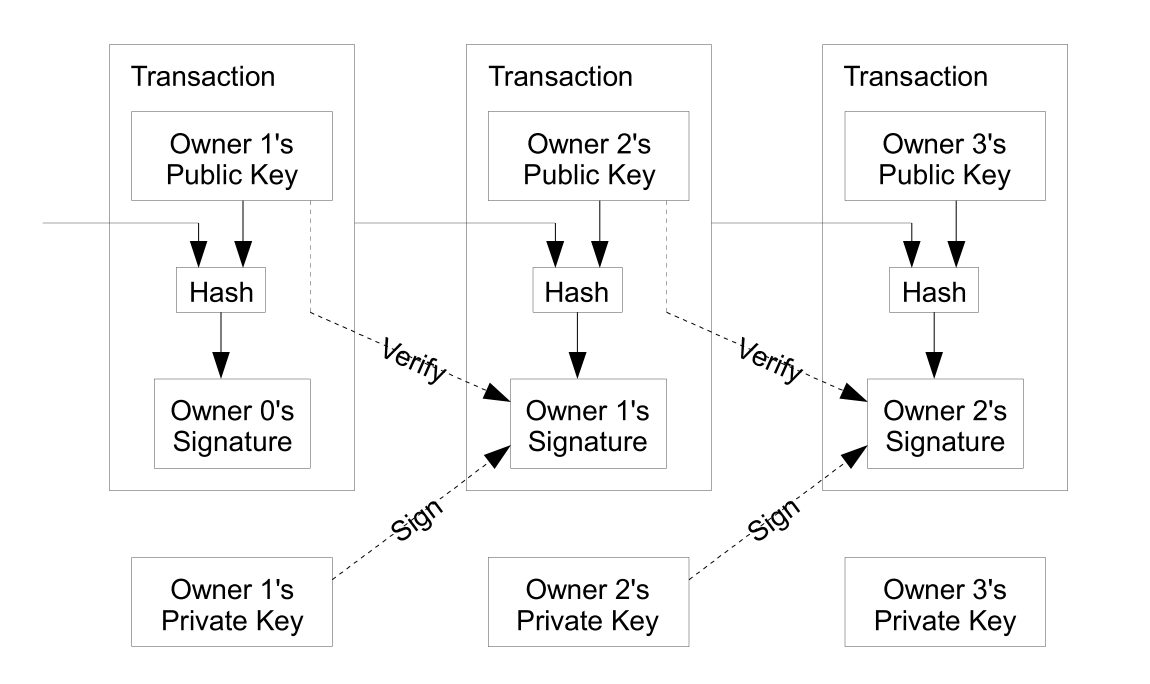 This system allows for a non-repudiable chain of events (a ledger) to be established. Is this enough for digital currency? Not yet! There is no mechanism in place to ensure that Eve doesn’t double spend her money. What if she sends the same 5 BTC to Alice? And then to a dozen other recipients? This is the problem of double-spending

Nakamoto suggested a solution to the double spend problem by a proof-of-work network that serves to maintain the truth and consensus of the state of the ledger by hashing a group of transactions at regular intervals. The transactions are collected into blocks which are then hashed along with the previous block. This creates a chain of blocks that are cryptographically validated and are resistent to forgery - a blockchain (Figure 4).

In essence, miners on the proof-of-work network are competing to complete a block. A miner that is successful in mining a block gets a reward of some number of bitcoins plus transaction fees. Completing a block requires the following: 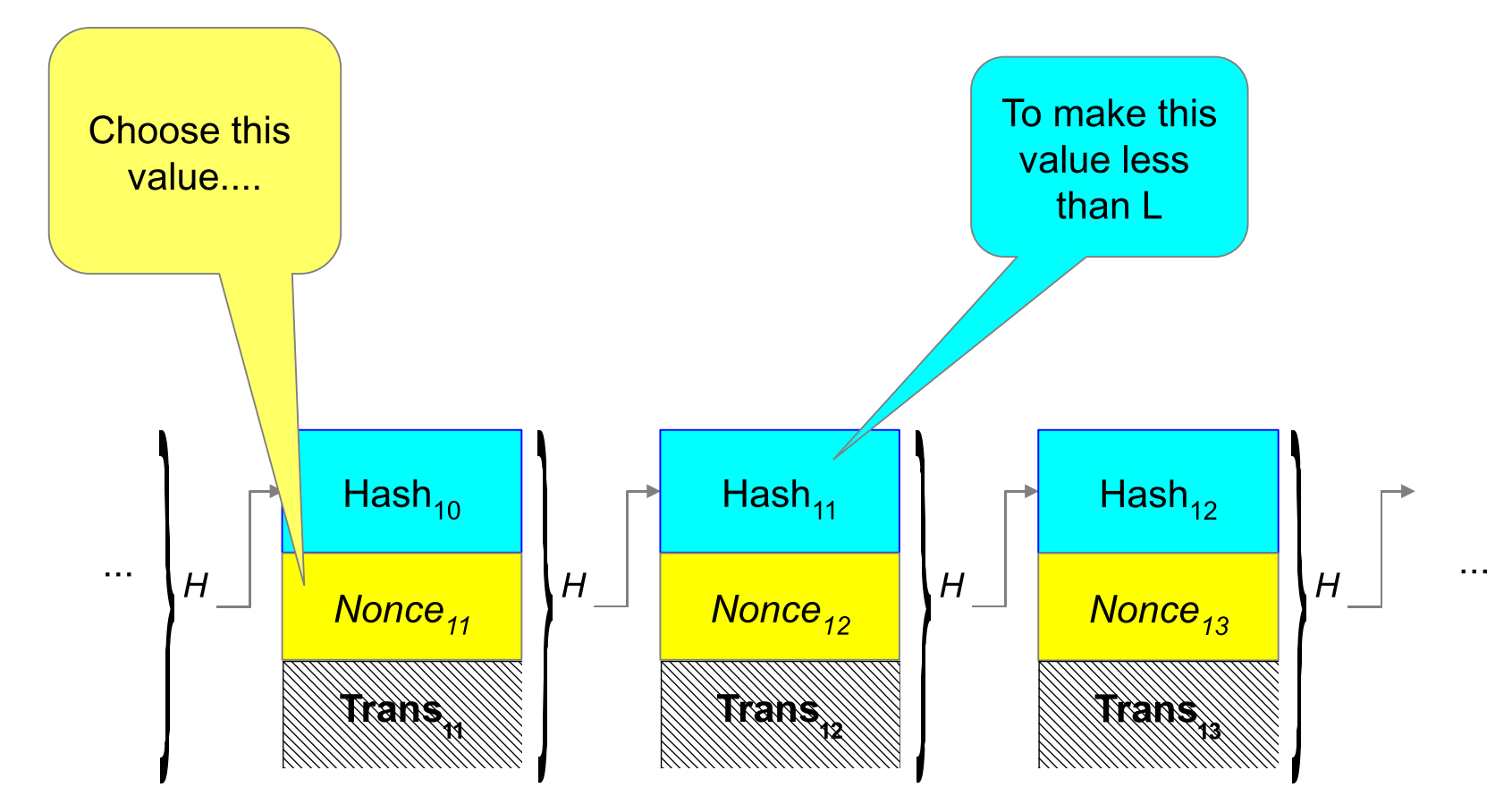 Consensus between miners and users is managed by the simple concept of accepting the longest legitimate chain of blocks. So if a miner computes a block it is immediately accepted by everyone else and all miners start working on a new block. A very important part of this proof-of-work system is that it makes it extremely difficult for Eve to double-spend. For her to double-spend she would have to sign the duplicate transactions at some point in the chain and then recompute the chain of transactions to make her illegitimate chain the longest. This is infeasible because it would require the majority of all mining power to be dedicated toward this goal - and even then it would only allow Eve to double-spend, not conjure bitcoins out of thin air. If she could muster that kind of compute power she would be much better off just using it to mine new bitcoins.

There certainly is more to Bitcoin than just these, especially now since Bitcoin has evolved beyond Nakamoto’s Bitcoin paper. But for now we will use this basic understanding of blockchain to help us understand the state of blockchains today.

Continue to Part 2: Blockchain Present and Beyond