I bought a Lenovo S10 for $188 to take with me on my upcoming trip to the Philippines. It was a good deal, the model I ended up getting has

In fact, I soon found out that this was the model that AT&T is selling for around $160 WITH a 2 year contract. I installed the following upgrades: 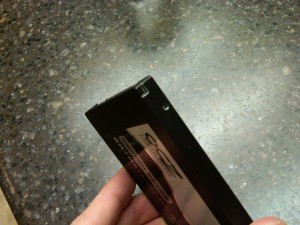 The problem I had with my SSD was that it DID NOT FIT into the hard drive bay! I soon found out that the reason it didn’t fit was that a SSD has material where a regular hard drive doesn’t – the picture below will illustrate: 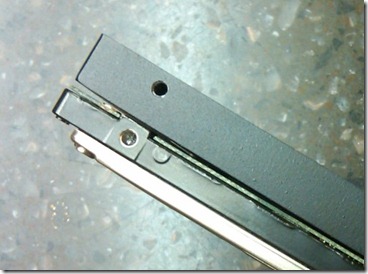 There is a part of the motherboard that intrudes into the hard drive bay, right under the lip of a typical HDD. I had no other real use for this small SSD so I took matters into my own hands. I took the disk apart and used my dad’s grinder to shape the SSD case so it would fit.

As you can see it isn’t pretty, but the drive still works perfectly. Surprisingly the S10 isn’t that much faster after the SSD and RAM upgrades. It’s useable, but it just shows that the real bottleneck in this is the processor.