Sunday morning we woke up early. My stay with the San Enrique members had too many unnecessarily early mornings and Sunday was no exception. Our session was at 12 pm and everyone was awake at 6 and ready by 7am. They were really excited and it was a lot of fun to be with them with all the excitement. I left early too, Brother Cobing had my nice clothing and he was staying half-way across town.

The motorcycle started eventually after rolling it down a hill a few times. The trick was to let out the clutch as soon as the rear tire hit a speed bump so it would catch and start the engine; otherwise the rear tire would skid embarrassedly and I would have to push the motorcycle back up the hill. I got it started and headed into town to get my clothes.

I had learned the night before that I couldn’t drain the battery at all, so headlights off: check. Horn unused: check. Brake light? Uhhhhhhhhhhnnnggggghhhhhh oops. Yeah, it was so bad that by simply pulling the brake at a stop light the engine died again, far far away from any hills. I asked around and everyone seemed to point down the direction I was headed to a mechanic. I pushed the bike along with one foot while still sitting on it. I got a few looks. 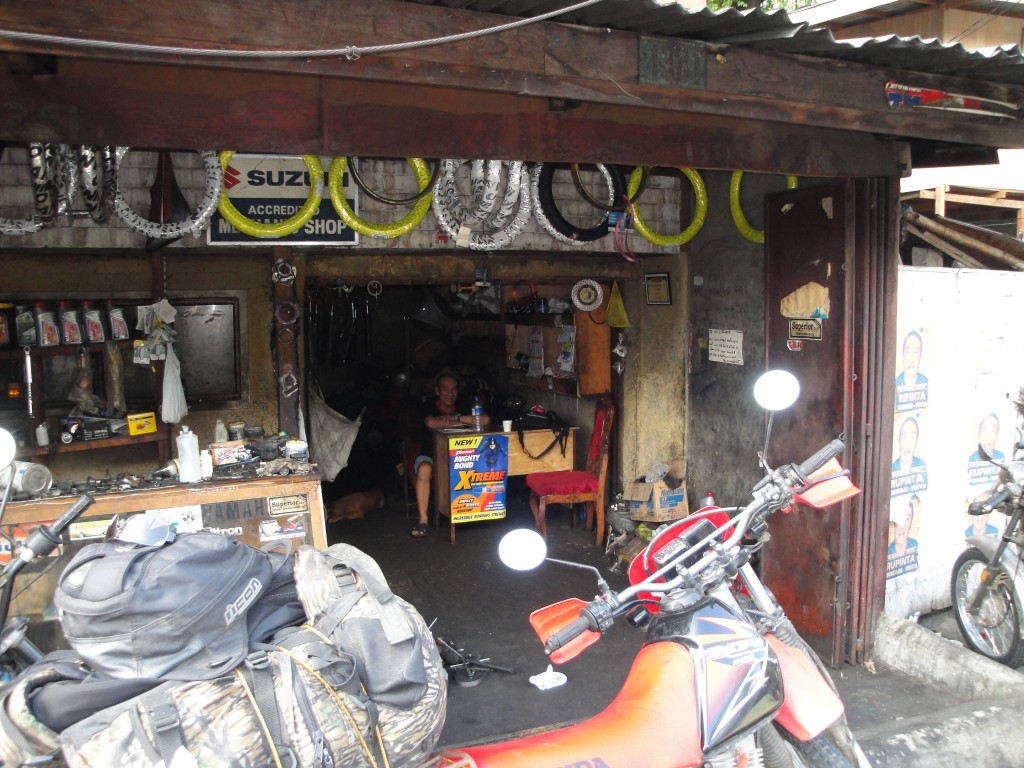 I finally made it to where the mechanic was supposed to be and he was closed for Sunday. Some helpful person that had guided me the last few yards to his house knocked on the door and the mechanic (I forgot his name!) opened shop to help me out. What he essentially did was pull the battery out and test it and found that the battery was fine. He finished giving it a good charge and I told him if it drained again I would be back.

I continued to GV Towers to where Brother Cobing and his family stayed. I forgot my helmet and the fine for getting caught without one is a stiff ₱1,600 or about $30. Getting somewhat close to the hotel I noticed a bunch of traffic enforcers ahead of me so I subtly ducked into a McDonalds parking lot and ditched my bike. I walked the few blocks to the hotel and changed into my clothes in the hotel lobby restroom. I looked GOOD.

I didn’t want to get dirty riding the jeepnies so I hopped in a taxi and rode to the temple where there was a massive crowd outside the gates. I met up with some friends and spend an hour in the midst of all the excited anticipation before being let in to the temple grounds.

Once I finally made it inside I found that the San Enrique members had saved me a seat where they had somehow managed to sit up front. The screen up front was displaying pictures of different temples and playing various Mormon Tabernacle Choir songs. The peace felt inside was … strong isn’t the right word. The peace inside was cleansing and refreshing – of the mind and spirit.

After a few minutes some ushers came in and started counting off and pulling people off the front rows. I was a little concerned, thinking maybe they were making room for some VIPs to sit on the front row. But my concern was turned to joy when they started guiding us inside the temple! The members around me were ecstatic, many of them sprinting up to the temple fearing there wouldn’t be enough room. Of course there was enough room for us and after we put on our booties we were seated inside.

Inside the temple the screens showed shots of inside the Celestial room where Paula Cobing was playing hymns softly on the organ. She was excellent. Later, after the session had started, she also played for a Bacolod Stake choir that sang very well. The speakers were some of the temple presidency, Elder Eyring and then President Monson. While I can’t recall much of what was said the peace I mentioned earlier was very much present.

The session was only an hour and a half and after it was done we all roamed around the temple grounds took some pictures. The temple was gorgeous. 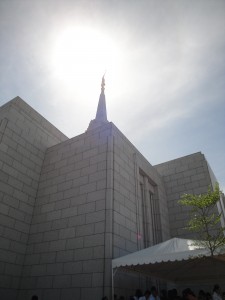 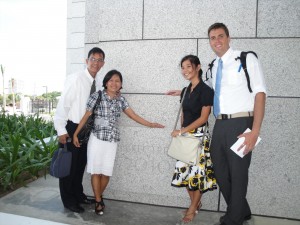 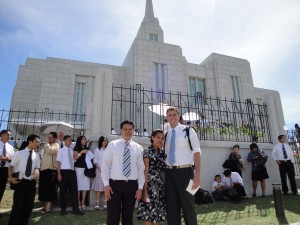 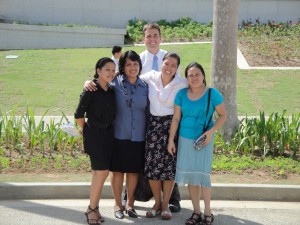 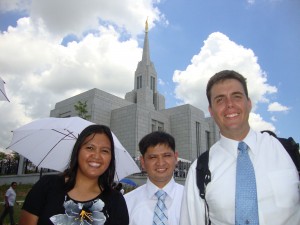 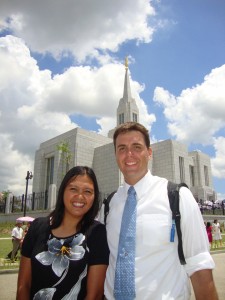 After the temple, I rode back to where I parked my bike. I didn’t want a fine, so I stopped inside the SM and bought a helmet. It looks like it fits OK, doesn’t it?