The delay in finishing up this travelogue has more to do with me wanting to forget the worst part of our Belize trip than simple procrastination. In fact, it was such a sad leg that we realized on our way out that we hadn’t taken any photos on Ambergris Caye! And that is a shame since it really is beautiful, despite all the development due to tourism.

On day 6 we woke up very early in the morning in order to catch the early bus to Belize City. Ian happily gave us a ride to the bus stop even though the sun had not yet risen. [Hickatee][2] and its hosts Ian and Kate were the highlight of our Belize trip. We will definitely return and would urge any other travelers in southern Belize to visit them as well (a perfect rating with 80 reviews says a lot!).

The bus ride to Belize City was better than our other buses since this time we were lucky to grab a seat on a charter-style bus, not the regular school bus style we were used to. It was a good thing too, since the bus ride was very long. 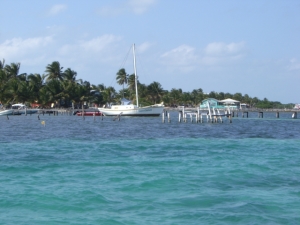 Finally arriving in Belize City at the bus terminal, we stopped at our favorite food shack and shared a light lunch of chicken and rice made in the Belizean way. We then continued our walk out to the docks, only about 1/2 to 1 mile away from the terminal. Arriving there, we paid for our tickets and waited to board. The sea was beautiful on the way out to San Pedro and about an hour later we disembarked the ferry and rode a cab out to Pedro’s Inn. Pedro’s Inn is really a hostel with a bar on the ground level. We didn’t mind staying in a hostel since it was inexpensive and we planned on spending very little time there. Our agenda was full and we couldn’t wait to get started!

Since it was too late to do any snorkeling, we decided to have a walk about town. After we returned we ordered a pizza at Pedro’s Inn. Soon after, however, my gut started protesting (if not the pizza, then something else). I quickly realized a horrible case of TRAVELER’S DIARRHEA. We only had a few days on San Pedro and I was to be shackled to the toilet for the entirety of it.  Talk about terrible timing! 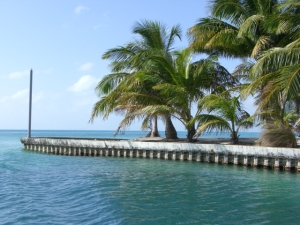 I feel so bad for Julie who was forced to share my fate - at least the fate of being confined to our tiny two-bed box that was our room. Julie, I promise we will return! I have to make up for denying her the opportunity to snorkel in such a beautiful turquoise sea.

The rest of the trip was uneventful. We rode the ferry back to Belize City, caught a taxi to the airport, faced a profoundly irate airport worker, flew home, and went to sleep.

This trip was wonderful – it was (relatively) cheap and we had MUCH more fun than if we had bummed around a resort.  In the famous words of General Douglas MacArthur, 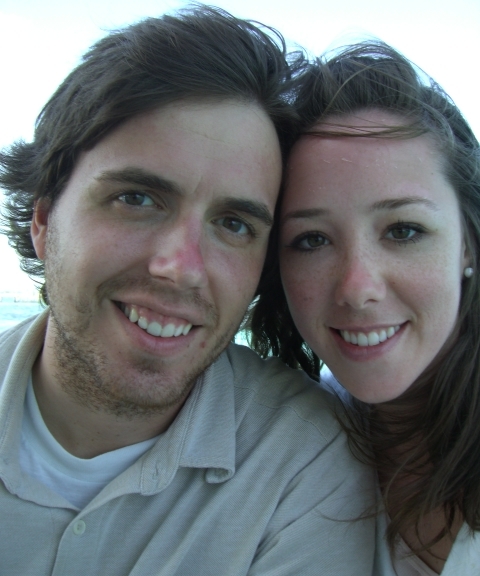 This is part 4 of a 4 part blog about Julie and Bradford’s trip to Belize. Posts 1 and 3 will are by Julie, while posts 2 and 4 are by Bradford.

I'm so very sad you were so sick! I am definitely looking forward to round two!